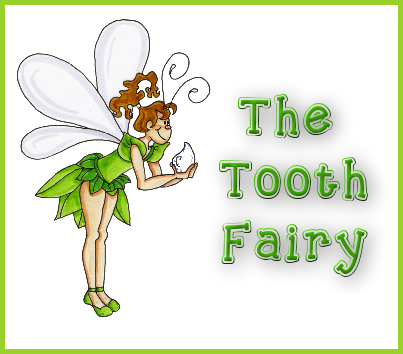 I am so bad at this job. I think I need to give this job to my husband. I always forget. I have only remembered once and Cruise has lost 6 teeth so far.
The first time (yes his very first tooth!) I managed to tell him a story about her not knowing he was to be on the list because he was a new kid. He bought it and I even set the alarm on my phone the next night so I wouldn’t forget.
Then I forgot last night. Blimey. Poor kid. He had lost the tooth early in the day and we set it aside, then I never gave it another thought until he came out for breakfast. He didn’t say a word about it, so I thought maybe he forgot too. So…I raced into the pantry, grabbed some money (we give a $2 coin for each tooth) and I didn’t have the exact coin (bad sign), so I had to make it up with silver….all the while rustling the chip packets so he wouldn’t hear the money. Then I grabbed the green food colouring. Yes, somehow he convinced me ages ago that The Tooth Fairy gives coloured water if you ask. I snuck into his room and acted busy in there making the bed in case he was following. I started to feel all nervous and was shaking (hahahaha!) because I didn’t want him to catch me. I slopped the green colouring in the water and put the coins next to the glass.
I then wandered into the laundry and stashed the food colouring in there (which reminds me it’s still there!) and realised I somehow got the colouring on my hands (well I was shaking remember). I scrubbed it as hard as I could to erase any evidence.
I continued on with the morning and eventually Cruise said “The Tooth Fairy!”. We all raced into the bedroom. He picked up the coins and said “what the?” Then he said “I didn’t ask for green – I wanted pink.” Must have missed that one! And then I remembered you are SUPPOSED to take the tooth with you and THEN leave the money. So I picked up the glass and held it away from him, while incessantly chatting so he didn’t notice it was still in there.
However it was then that I could see he thought something was up. But he never said a word.
Geez I need lessons on being The Tooth Fairy! Or maybe I shouldn’t drink so much before I go to bed. I think this adds to my application of Mother of the Year.
PS. Mel, my friend, is looking after Cruise today, and she has just text me saying the new songs I put on her ipod rock. Obviously she has other priorities. Thanks Mel, I can see you have added another point to your own application for Mother of the Year…”Can babysit for you, but don’t expect me to actually look after him.” She knows I am brutal.
Have a great day. I will try to get back to my sensible decorating self next week.
Katrina x
Thanks for following my blog and reading it via RSS!
But you know, I am so much more awesome in real life over here: Katrina from The Block.
website | twitter | facebook | email